Humans love hacks, tricks and tips. We spend an incredible amount of time reading about how other people have been able to achieve what they have achieved. We want to believe that there is a simple solution behind very complex problems and if we know it, we can have it easy.

We also love anecdotes. An anecdotal argument is when somebody uses a personal experience or an isolated example instead of a sound argument or compelling evidence.

You probably encounter anecdotes all the time, because that's how most people argue: since they know very little about a specific issue but they still have an opinion about it, they simply draw from memory one specific instance that proves their point.

We love anecdotes so much because it's often much easier for people to believe someone's testimony as opposed to understanding complex data and variation across a continuum. Anecdotes exempt us from having to prove our point: it's happened once; that's solid proof as far as I'm concerned. The fact that Jeanne Calment, the longest living person of all time, smoked until she was 116 is strong proof that cigarettes are good for your health.

We like advice we can understand and stories or examples are an easy way to explain something. However, we must be conscious of anecdotal arguments because this way of thinking carries dangerous consequences by disguising bad advice as wisdom.

From an evolutionary point of view, there is a reason why we do this.
We are not built for rationality or logical explanations. We are built for stories.

Indeed, our ability to create and believe stories is what has made us humans the dominant species on Earth.

Stories are what we have invented over the millennia to make society work: religion, money, culture, law. They are all stories that don't exist in reality but because we believe them, they allow us to cooperate on a large scale.

We are, above all, storytelling monkeys.

And there is no better example of that than business, where our love for hacks, tips and anecdotes is fully displayed in our obsession for the Secret of Growth™.

This is the main reason why articles like "Top 10 tips to grow your business" or "5 easy ways to 5X your productivity" are so popular and we just can't help but click on them. It's also the reason why we spend money to go to conferences to listen to people who "are successful" or "have made it", hoping to grasp the ultimate secret; the key that will open the door of our success.

As a rule of thumb, when somebody is selling you something there is a good chance that they are adding artificial complexity in order to charge a premium. Nat Eliason has written a great article about this which I highly recommend.

Unfortunately, we completely forget (or rather prefer to ignore) that a big chunk of what makes or breaks a business is pure randomness and the perspective of the "successful" entrepreneur is very likely skewed by the survivorship bias.

I'm not arguing that randomness is the ONLY factor. I'm saying that it's arguably one of the main factors.
This is actually simple to prove: regardless of where you stand on the political spectrum and your preconceived ideas about business, there is ample research that proves how timing, innate talent, macroeconomic conditions, serendipity and technological breakthroughs play a much bigger role than our skills or decisions.

Of course, this is a sad story. And since we are brought up to believe we are free to choose the story we want, we prefer to pick the "other" story. The one where it does exist a secret key to unlock the mystery of success.

If you recognise yourself in that description, if you have ever found yourself reading one of these articles or watching one of there Youtube videos, don't worry: we are all like that. Our brain is hard-wired to seek answers and ultimate causes. It also hates uncertainty and prefers weak answers to no answers at all.

But when the cause is not certain or obvious, as in the case of "why was a company successful" − which has literally thousands of variables to be considered and the chances of any single one being the determining factor are infinitesimal − we will happily accept the weak-but-certain over the strong-but-uncertain answer every single time.

Here's the problem though: you can justify almost any cause-effect relationship in hindsight.

In early 1999, Google founders decided to sell it for US$1 million to Excite but Excite's executives rejected the deal. A simple "yes" instead of a "no" could have changed history forever. Yet, lots of people see Google's success and dominance "inevitable". When they interview Google's founders and ask them why they have been successful they are more likely to make a list of products they have released, business models they have invented and people they have hired but probably the single most important cause of their success is likely to be Excite's executive saying "No".

This is a subtlety that a lot of people find confusing.

Let's say Mr Smith has just sold his company for a lot of money. Naturally, people will be now interested in hearing his story and he'll be invited to podcasts, youtube channels, guest posts on various blogs, etc. At a conference, a person asks THE Question: "Mr Smith, why were you successful?"

Mr Smith talks about the quality of his team, the great product they have built, the choices that "crushed" the competition. Then, at one point, he mentions the strategic importance of having a remote team. He'll explain that being a remote company gave them the advantage of hiring from a larger pool of candidates, the broader perspective brought to the company from people living in different parts of the world and yaddi yadda.

Don't get me wrong: I'm not saying that there aren't advantages to being a remote company. As a matter of fact, my own company is fully remote. But the likelihood that this factor has any impact whatsoever on whether or not companies are successful is minimal and has NEVER been proved.

Now, the obvious question is: why did he mention it at all?
The answer is simple: he needs to justify events. The answer "we have been successful for thousands of factors, most of which were completely out of our control, including a large chunk of randomness and timing" is more likely to be the truth but it isn't satisfactory enough for most people.

Mr Smith is not the only one who needs to find a causal correlation between his actions and results. Most people WANT to believe that there is a reason, because its existence proves that it can be replicated and if enough successful people attribute their success to THAT cause, then.. there is a pattern!

And once they find a pattern they simply need to repeat it and voilà... success!

But if there isn't a primary cause that explains the success of successful people and companies, if there isn't any pattern, where does that leave us? It leaves us with the sad thought that our abilities count FAR less than we imagine and the stories we tell ourselves and others about our success are, well.. just stories. And that's a sad thought indeed.

Let’s consider another example. Elon Musk, the visionary inventor behind Tesla and SpaceX, reportedly works 100 hours a week but this is unlikely to be a recipe for success. The man runs two multibillion-dollar businesses, one of each is trying to put humans on Mars (!). You are unlikely to ever be in that position in your life. Even if you are, there simply haven’t been many people in history who have run massive businesses at the same time (one of them, Jack Dorsey, Twitter’s and Square’s CEO actually works way less than 100 hours per week and yet he’s highly successful. Do you see what I did there? That’s an anecdote ;) )

It is therefore impossible to draw a direct correlation between long hours worked => success.

If anything, there is ample research the proves how sleep deprivation and being always “on” has massive negative side effects on our productivity and body, including the inability to focus, aggressiveness, decrease in empathy and more. Even if we completely ignore the side effects on health (eg: higher chances of heart attack, diabetes and stroke), it’s obvious how the CEO of a multibillion-dollar business needs to be able to focus and concentrate on long-term solutions. Does Elon Musk really need to work 100 hours/week to run his businesses successfully? Probably no.

Elon Musk is more likely to be successful "in spite of" working a ridiculous amount of hours than "because of". Getting the two mixed up can be very detrimental to your physical and mental health.

How not to be stupid

I believe that an important skill everybody must learn if they want to be a better human being (and especially better entrepreneurs) is to figure out when things happen "because of" rather than "in spite of” a specific cause. But how do we do that?

The first step is to "unlearn" what we are pre-wired to think, which means being sceptical by default of what our mind is inclined to believe.
This is not something we can do overnight. It's a process that involves reading a lot, especially completely different opinions than ours on a very broad range of subjects, learning how to think by first principles and adopting several mental models.

The best thing we can probably do, however, is to learn to use “Via negativa”, a way of thinking invented by Roman philosophers and popularised by Nassim Taleb in Anti-fragile.

The idea is that you benefit more by focusing on what you need to get rid of, than what you should keep. Another way to say it is that it's better to define complex problems (such as how to become successful) by identifying what you don't need for sure rather than what you "might" need.

We don’t know for sure if having a remote company increases the chances of success and probably never will, but we do know for sure that scamming your customers will ultimately lead to a company going bankrupt.

When you approach your life this way, the question "how do I become successful" has a simple answer: "Get rid of anything that we know for sure will cause you to fail.”

It is remarkable how much long-term advantage people like us have gotten by trying to be consistently not stupid, instead of trying to be very intelligent.

Most people, especially first-time entrepreneurs are devoured by FOMO (fear of missing out). They think that they haven't “cracked the secret” yet, but if they read yet another biography or attended yet another conference they would learn it and then they will be unstoppable.

Sorry to break the news: there is NO SECRET. At best, there are things that you should avoid doing. Believing that doing what others "think" is the cause of their success is naive and foolish. Instead, focus your energies and resources on avoiding obvious fallacies and wrong models.

Ask one simple question: "Did X happen because of Y or in spite of it?"

It's not easy to think this way. It feels unnatural. But if you care about the truth, rather than stories to make you feel better, this is probably your best shot.

Reflecting on the first year of SparkLoop

The good, the bad and the ugly of the first year of SparkLoop. 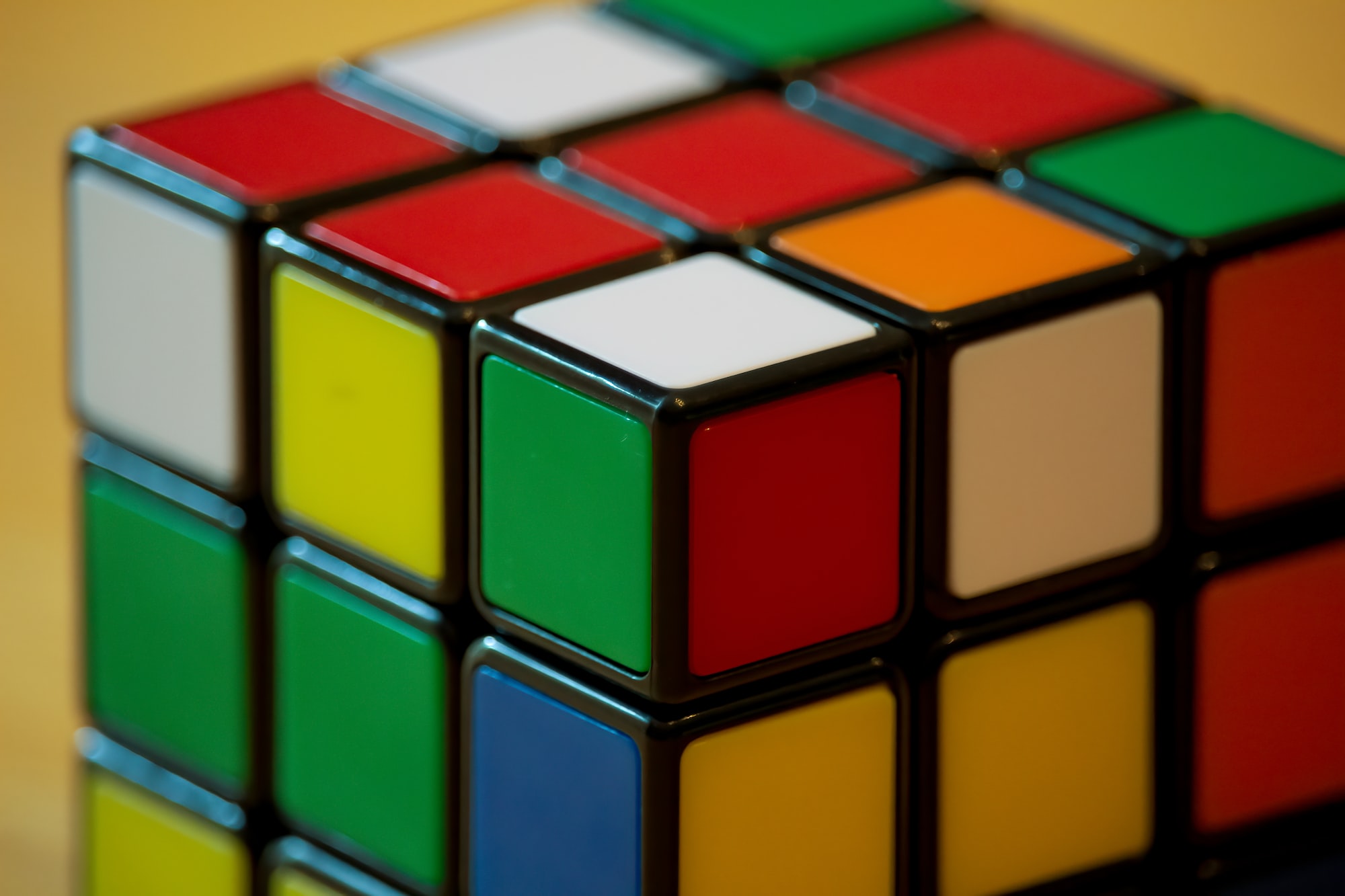 Not all churn is created equal.